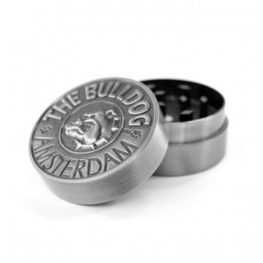 The Bulldog Metal Grinder Engraved €12.95
Back to products 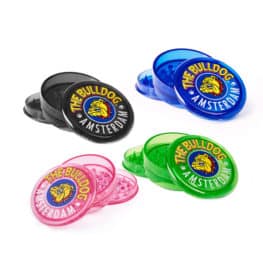 If you are looking for a way to grind your weed and avoid getting your hands dirty and losing buds? The BullDog Small Grinder is a small 2 part Metal Grinder that features an engraved Bulldog Logo and The words The BullDog Amsterdam on the lid. As a two-piece grinder, it is small and easily portable. You can easily put it in another container or wrap it up if discretion is needed. You will save time taken on breaking the buds apart while also allowing you to do it cleanly. The Silver look gives it a treasured look that you will enjoy. Order yours from our Hollands High Webshop Today.

Why Use the BullDog Small Grinder

If you are a regular cannabis user, you can attest to the need to have a clean and time-saving way to grind your buds at any time you wish to have a session. Whether you want to roll up your flowers, use a bong or bring in a vape pen, having fine pieces of the buds always gives a better experience. The best way to get your desired size is engaging a grinder and the BullDog Small Grinder is perfect for the job. The smaller the size of the buds, the more the surface area from which important terpenes. It also helps you get the right size for your vape pen, bong or rizzlas.

How to Use the BullDog Small Grinder

Having two parts, the Bull Dog Small Grinder is an easy tool to figure out. Remove the lid with an engraved logo, place your buds on the metal teeth and close the compartment. Turn the lid slowly, and the metal teeth in the grinder will crush the flowers to your desired size. Open the lid and take out your fine buds.

About The Bulldog Amsterdam

Be the first to review “The bulldog small grinder” Cancel reply 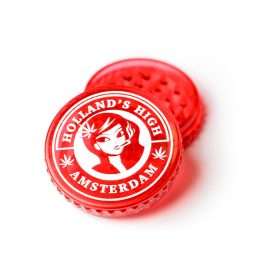 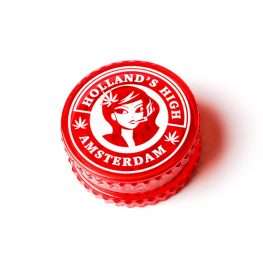 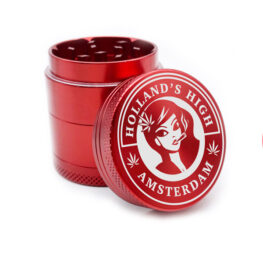 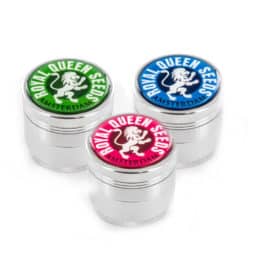 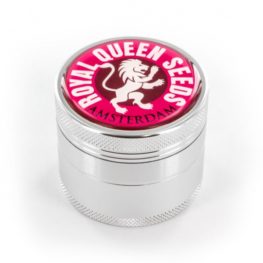 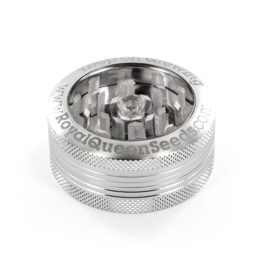 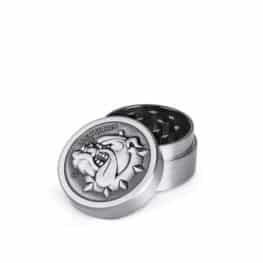